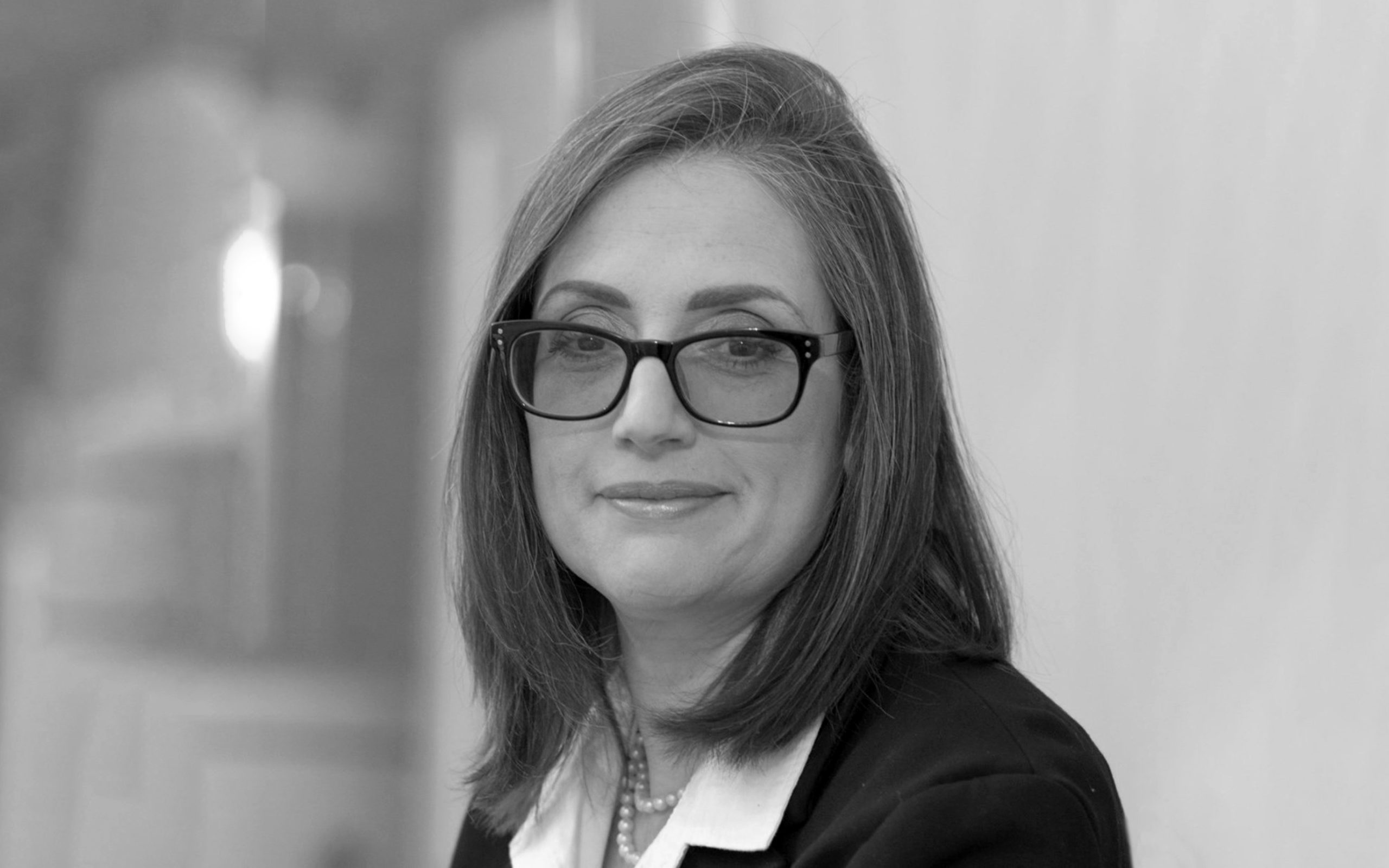 04: ELIZABETH GLASS FOR NYS STATE SENATE: A Vote for Self Sovereignty

As we rise to inhabit The New Earth and open the portals to higher Consciousness, it’s time to shine a light on some of the greatest thinkers, activists and leaders of these times. These are the warriors acting in the face of the mainstream narrative to give light where darkness reigns. Lightyears ahead of their time, they’ve worked tirelessly for Truth and their time is now. Challenging the status quo, partisan politics, the technocratic invasion and the farcical narratives of medicine and scientism, they invite us to rethink all we’ve been programmed to accept. For only in doing so, can we let in the light.

It is with absolute honor and humility, that I introduce you to this legion of heroes. I call them the Warriors of the Light. They are the new tribe to embrace. Let them pave the way to the Earth you are destined to inhabit.

To realize the New Earth potential, “think globally, act locally” has never rung so true. And so we meet Elizabeth Glass, the Independent write-in candidate for NY State Senate in District 27. As a longtime Bernie Sanders supporter and devotee of radical health, I struggled to find a candidate who spoke to both my political beliefs and my stand for sovereignty in health. Until I met Elizabeth. With Medical Freedom and the dangers of Five-G and other electronic pollution at the forefront of her campaign, Glass works to expose the Orwellian legislation and capitalist ploys that threaten the health and privacy of us all, from Big Pharma to Bill and Melinda Gates, who profit at our peril. A vote for Glass is a vote for sovereignty over our own bodies and the bodies of our children and grandchildren. Read on to get to know this general in the army of light. Then, put consciousness in action and vote*.

*As Glass is a write-in candidate, her name will not appear on the ballot. See question 10 below for instruction on how to elect this warrior.

Natane Boudreau: Tell us about your journey into politics. What shifted you from concerned citizen and mother to entering the race for NY State Senator?

Elizabeth Glass: In June of 2019, the youngest two of my four children – ages 21, 19, 16, and 13 – were kicked out of school due to the repeal of the religious exemption (S2994/A2371). According to the CeeDCee schedule, children 17 and under should receive 72 doses of 16 vxxnes; the religious exemption had been the only way for parents to opt out. The result of the repeal was that 26,217+ New York State (NYS) children were kicked out of school, including children with disabilities and vaccine-injured children. There was and is a medical exemption, but it is impossible to obtain.

In addition to supporting the repeal of the religious exemption, my opponent sponsored bills to mandate the HPV vxxne as a requirement to attend school (S293b/A2912), HPV vxxne without parental knowledge or consent (S3899a/A973), and an annual flu shot for children from pre-school to high school (S227A2316). Even pro vxxne parents were up in arms.

I would host protests at all of his public events, and formed a private Facebook group to support a potential challenger: “Vote Hoylman Out.” Unfortunately, I was unable to find a volunteer.

In the fall of 2019, distraught school workers – who did not want to lose their jobs – reported to me that children were being vxxned AT school without parental knowledge or consent. Recognizing that such a thing is evil, and feeling terribly for these children, I decided to challenge this agenda.

NB: Let’s talk about the reigning powers that be: Cuomoism, the NYS Senate and Assembly. What must change?

EG: Right now, the NYS Senate and Assembly are controlled by Democrats, and Cuomo is a Democrat. This “trifecta” government would – on its surface – appear to be the problem. However, the core challenge in American politics right now is due to the Citizens United Supreme Court case: corporations can donate unlimited amounts of money to political candidates. Elected officials are no longer beholden to people, but to their corporatist puppet masters.

Additionally, there needs to be term limits on ALL levels of government: federal, state, and local.

NB: One of your key issues is that of medical freedom. What are the threats we face from Big Pharma and the powers that monetize from their poisons? Is this part of a larger agenda?

EG: The goal of Bill Gates – as he has stated publicly – and his corporatist associates is to vxxnate the entire population of the earth. Since polls indicate that most people do not want the COV!D-19 vxxne , the clear implication is that these shots will somehow be forced.

NB: How has your opponent, Senator Hoylman, acted to support this dangerous agenda?

EG: Hoylman was the sponsor of the repeal of the religious exemption S2994/A2371, which took away New Yorkers’ right to opt out of a vxxne. He is also sponsoring bills to mandate the HPV vxxne as a requirement to attend school, HPV vxxne without parental knowledge or consent, and an annual flu shot from pre-school to high school. However, the most dangerous bill – which Hoylman voted for – is S7919, which gives Cuomo dictatorial-level power to do ANYTHING he wants to deal with COV!D, including destroying small businesses, closing schools based on any metrics he choses, implementing the “test, trace, isolate” programs, setting up checkpoints at bridges and tunnels, involuntarily quarantining citizens, and forcing medical procedures, including vxxnes.

NB: Okay, let’s cut to the chase. If we don’t act, will the COV!D vxxne be mandatory for all New Yorkers? Will it be administered in schools?

EG: NYC Schools Chancellor Carranza and Mayor de Blasio have publicly stated that the COV!D vxxne will be mandatory for children. Additionally, another school superintendent of an upstate NY school district stated in writing that it would be mandatory. While Cuomo described the detailed plan to vaccinate all 19.5 million New Yorkers – children and adults – AND he has the power to follow through on this – he has yet to state if the vxxne will be mandatory for all.

State and federal documents describe how the COV!D vxxne will be given at schools and school-based health centers. On October 18, Cuomo Cuomo released the “NYS COV!D 19 Vxxnation Program,” in which schools are described as a “Mass Vxxnation Site.”

NB: The medical freedom movement is often linked to conservative and libertarian politics. Personally, I’m a green juice and colonics woman who values health and body sovereignty above all else. This shouldn’t define my political party or open me up to judgment from either side of the aisle. Can you speak on the importance of separating the issue of medical freedom from the party lines that so many voters adhere to?

EG: Medical freedom is a critical issue that transcends party lines. We must ask political candidates: Do you support mandatory vxxne? If the candidate says “yes,” or doesn’t answer, that candidate supports fascism.

NB: From The Gates Foundation’s virtual “Reimagine Education” to the 42,000 Five-G satellites rising as we speak to HR-6666, the bill that allows for contact tracing, this era of COV!D seems to have normalized some clear cut threats to our health, privacy and freedoms. How do we protect ourselves? And how do we wake others up to stop acquiescing?

EG: Gates Foundation “Reimagine Education”: This plan to replace in-school learning with hybrid learning is a detriment to our children. Children with disabilities have an Individualized Education Plan; IEP’s cannot be fulfilled virtually.

I support children being in school five days a week without restrictions or interference from the government, as well as parental choice in education. Taxpayers pay for five-day-a-week education, and they did not elect Bill Gates to make decisions regarding their children’s education.

Contact tracing makes sense in the beginning of an outbreak of a disease, but now – nine months into COV!D-19 – makes little sense. Contact tracing – which involves tracking your whereabouts through your phone, and mandatory quarantines – are arguably violations of the 4th Amendment, HIPAA laws, and basic human rights.

NB: Who stands to benefit from this Brave New World, Orwellian erosion of privacy? A cashless society, the shift from real life school to virtual learning, the isolationism and fear?

EG: Prior to my campaign, I knew that corporations were greedy and that politicians were corrupt. However, I learned more of the bitter truth in March of 2020. There are certainly puppet masters controlling our leaders. However, aside from Bill Gates, I do not have proof of who those powers are. I simply refer to them as TPTB (the powers that be).

NB: So many voters recognize the importance of Medical Freedom of questioning the health and safety of Five-G but feel these issues are just too big to tackle. What are some actions we can take as individuals to combat these goliaths?

Organize locally, meet with your sheriff, avoid the mainstream media, and know your Constitutional rights.

NB: You won an impressive 34% of the votes in the Democratic primary before becoming an Independent write-in candidate. Many don’t know they have the freedom to go off the list on election day. Tell us exactly how we can vote for you. And aside from voting, where can we go to donate to your campaign? Can anyone help or only those registered in District 27?

EG: Anyone can donate or volunteer; there are links at glassforsenate.com. There are also social media links there (please follow me @glass_for_sentate, my accounts are shadow banned). If you live in, or know people who live in NYS Senatorial District 27, which includes the East Village, Greenwich Village, Stuyvesant Town, Peter Cooper Village, Chelsea, Hell’s Kitchen, Columbus Circle, Times Square, Midtown East, or the Upper West Side, please tell them about this campaign, and that I am a “write-in” candidate. In the right hand column, to the far right of Hoylman’s name, is a place where you can fill in an oval, and write in a candidate’s name. Write in Elizabeth Glass.